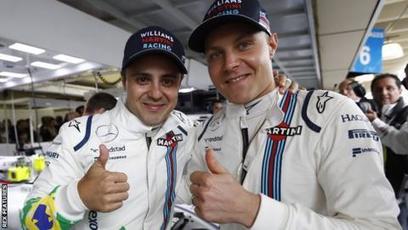 Valtteri Bottas’ move to Mercedes as Lewis Hamilton’s team-mate and Felipe Massa’s return to replace him at Williams are close to completion.

Massa, 35, has agreed with Williams to postpone his retirement for at least a year after Mercedes made a pitch for Bottas, 27, to replace Nico Rosberg.

The deal for Bottas to leave Williams for Mercedes is also lined up and is set to be completed in the new year.

Although the deals are not yet finalised, they are as good as done and both will happen over the coming fortnight, BBC Sport has learned.