Refilling Batteries Instead Of Recharging Them? 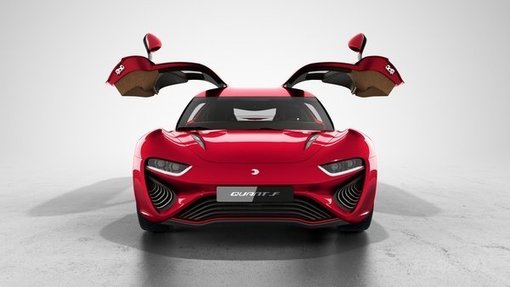 A lot of smart people out there say electric vehicles are inevitable, including folks not trying to sell you on a premium tech sedan. But if you think about it, it makes sense. Gasoline is still a finite resource, and eventually, we’re gonna need to make the switch. But there’s a problem with the EV, and it gets to the very heart of four-wheeled conveyance – convenience. One of the greatest hurtles (if not the greatest hurtle) in the way of widespread EV adoption is long recharge times. But what if you could have the benefits of electric motivation, but without the long waits between charges? NanoFlowcell, an electric car producer based out of Liechtenstein, says it has just such a solution.

When it comes to getting more miles, EV owners traditionally have to plug in and wait while the electrons do their thing – a major problem when compared to the handful of minutes required to fill a gas tank. Of course, great strides have been made to counter this, as newer, quicker-charging battery technologies are introduced.

But even the fastest chargers out there (the Tesla Supercharger network is a good example) take upwards of 20 to 30 minutes to get a normal EV back to full. Add in the scarcity of charging stations, and low average range per charge, and there’s still a long way to go to get EVs in contention with ICE-powered cars for dominance in the passenger vehicle market.

But according to NanoFlowcell, one workaround is to fill up on fresh electrolyte fluid (somewhat similar to salt water), mimicking the same procedure used at the gas pump and significantly decreasing the time it takes to get back on the road again.

Could this technology increase EV adoption to the point of superseding their gas-powered competition? Read on for the details on this tech, including how it works, what it’s good at, and some questions that still need answering.

Would you want to #refill your #batteries or #Recharge them? #ElectricCar