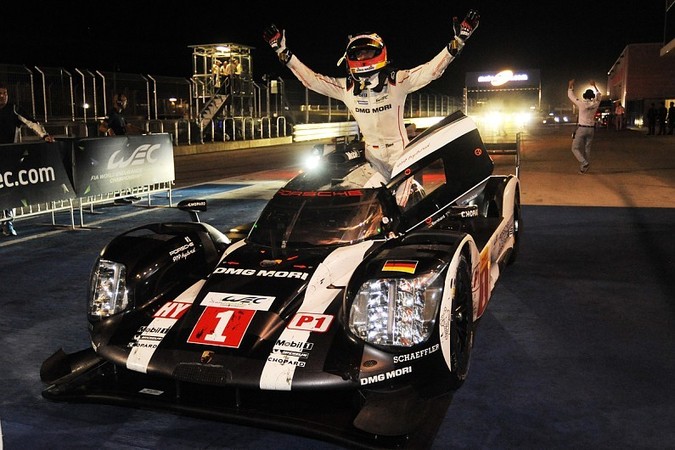 Mark Webber, Timo Bernhard and Brendon Hartley took a third consecutive World Endurance Championship victory for Porsche at Austin on a day that Audi had the faster car.

Audi dominated the early stages of the day-night race in the high temperatures that suited its R18 e-tron quattro, but a series of problems for both its cars ultimately handed victory to its German rival.

The winning Porsche 919 Hybrid crossed the line 23 seconds ahead of the #8 Audi shared by Loic Duval, Lucas di Grassi and Oliver Jarvis, who were hit by a series of delays.