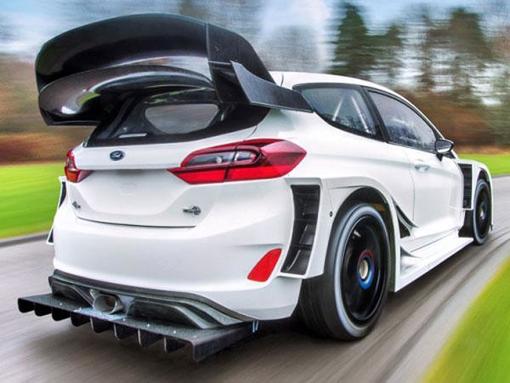 UPDATE: M-Sport’s wild looking Fiesta for the 2017 WRC has already inspired a lot of excitement. Well, expect a whole load more with the confirmation of who’ll be driving it! Yes, 2016 champion Sebastien Ogier, having been made redundant by VW’s exit from the WRC, will be defending his title in the Fiesta. He and co-driver Julien Ingrassia already have four titles to their names; M-Sport boss Malcolm Wilson will sincerely hope he’ll be adding to that tally in one of his Cumbrian-built Fiestas. He’ll be joined by up and coming Estonian driver Ott Tanak, partnered by new co-driver Martin Javeoja. Two overall second places and 30 stage wins on gravel in 2016 underscore his pace and with Ogier leading the way he’s got some mentor – and competition – within the team. “The power is insane,” says Tanak of the new 2017 car. “At first I thought the increased power would make it a bit of a handful but the guys have done such a good job. Every component works together to give incredible control – it really is the full package!” We look forward to seeing them all in action at Monte Carlo in the new year! Full press release on M-Sport’s homepage here.