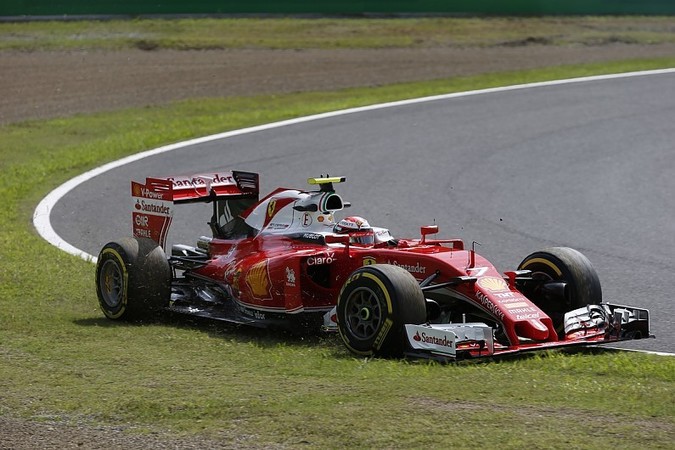 Kimi Raikkonen feels he has “a lot of lap time” left in his Ferrari after admitting to “fighting with the car” throughout Japanese Grand Prix Formula 1 practice.

Raikkonen finished Friday third quickest Suzuka, just over three tenths of a second behind the two Mercedes and half a second clear of Max Verstappen’s Red Bull and the second Ferrari of Sebastian Vettel behind.

But Raikkonen was far from happy with his car overall, even declaring over the radio that it felt like it had no front wing at one stage as he battled understeer.

“The balance, and the feeling, is not where we want it to be,” said Raikkonen.

What do you think is the #future for #KimiRaikkonen ? – #F1 #Ferrari