Here are some of SEMA’s hottest hot rods 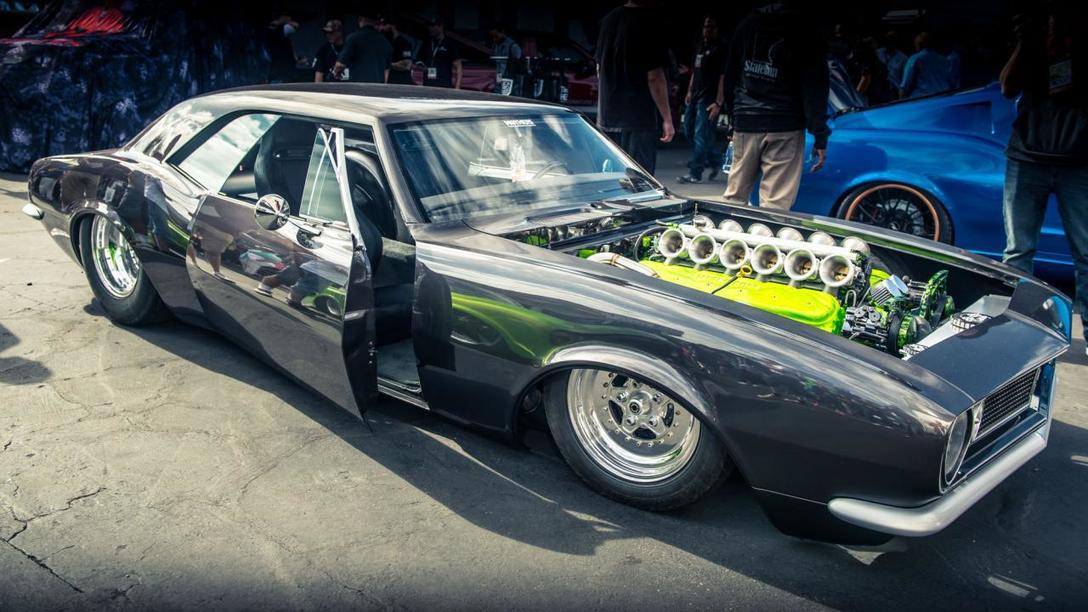 Yes, that is a very green twelve-cylinder engine. It’s taking up pretty much the whole of the front end of this slammed, suicide-doored Chevrolet Camaro.

It’s the work of crazy Austrailian brothers Matt and Shane Corish and began life as two LS1 blocks that were chopped and welded together (four were binned, obvs) to make a V12 that’s nearly nine inches longer than an eight-cylinder LS.