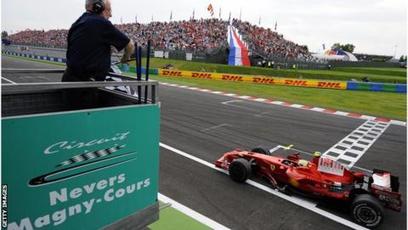 The French Grand Prix will return to the Formula 1 calendar in 2018 after an absence of 10 years.

The race will be held in the south of France at the Circuit Paul Ricard – also known as Le Castellet – which last staged the event in 1990.

The deal was announced by Christian Estrosi, the president of the regional authority of Provence and the Cote d’Azur, in Paris on Monday.

The French Grand Prix was last held at Magny-Cours in central France in 2008.

The #French #GrandPrix is back!