Picture yourself strapped into your fighter aircraft, high above California, when suddenly out of the sun comes a bandit. Sweeping into a banked roll you come round on his tail, line him up in your gunsight and let him have it! A trail of smoke appears to signify your hit – victory is yours! This is Top Gun Air Combat – a unique chance to be a Fighter Pilot for the Day. 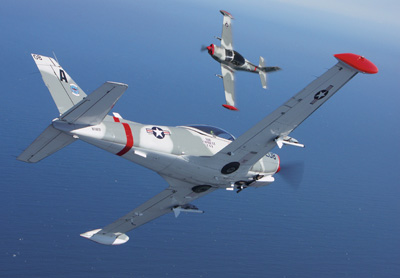 The Top Gun programme allows civilians (either pilots or non-pilots) to experience the exciting adrenalin rush of the Dogfight in real military trainer prop aircraft all under the expert guidance of instructor pilots. The Top Gun airfield base is just 30 minutes from the hotel. Here you will be kitted out with your own personal flight suit and given a briefing on the format of the course, safety and tactics. Each ‘pilot’ then picks his opponent from the group and throws down the gauntlet with the challenge of an aerial Dogfight! (Full theatrics are of course encouraged).

The aircraft used for your mission will be Italian built Marchetti SF260’s specially modified for the purpose. Each aircraft is equipped with modern safety harnesses, rapid deployment parachutes and special equipment for the Dogfight including laser weapon systems fitted to underwing pods, gunsights and three video cameras which record all the action and ‘kills’ . Originally designed to transition pilots to jet fighters, they have a stick grip and gun trigger identical to the famous F4 Phantom. 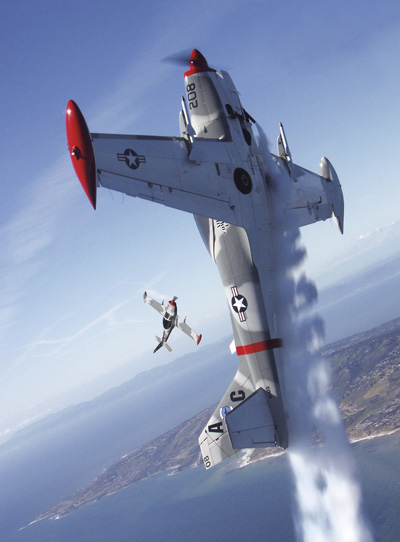 Once airborne your pilot will give you time to acclimatise with level flight and a series of gentle manoeuvres to assess your comfort levels. This is very much hands-on so once in the air will be doing 90% of the flying! Working with your pilot you’ll need to use canny tactics and teamwork to out-manoeuvre your opponent and get him within your gun-sights.  With the aircraft able to pull an incredible +6g and –3g you’ll need to focus hard on first sighting the enemy then pre-empt their every move before arming your weapons system and going for the kill. You can’t run out of bullets so get totally trigger-happy if you please. A direct hit will register with real to life sound effects and a dramatic plume of smoke trailing from the other aircraft. The whole thing is an intense and uniquely exhilarating experience!

Formula One Gift Vouchers. There’s a special occasion approaching…just what do you buy for the ‘petrolhead ’in your life? This time make it something that they will never, ever forget – a drive in a genuine World Championship Formula One car and on a real Grand Prix circuit. You can choose the specific course and […]

Le Mans is much more than the greatest endurance race in the world. It has its own ambience and atmosphere and an electricity and excitement that you can almost touch. The bars and cafes in the village run throughout the night and the champagne bar has an inexhaustible supply of bubbly and every bottle nicely […]

Imagine the scene:  A pit garage at a Grand Prix circuit in Europe. The engine is fired up and that distinctive and glorious roar of an F1 race car warming up sets the pulse racing.  You are fitted into the cockpit, harness tightened and then waved onto the circuit – the track is all yours.  […]