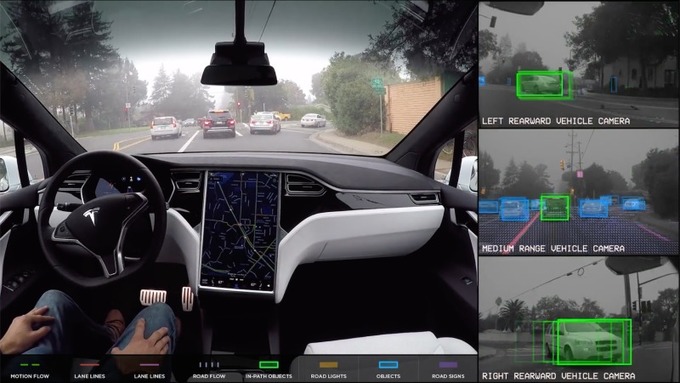 It must be fun to be a self-driving Tesla. Objects are in bright colors, and the world is just a big, blacklight glow-stick party. At least, that’s what it looks like to mere mortal eyes.

Of course, there’s a lot more going on here than just nice colors. The description on this video indicates that Tesla’s fully autonomous system is in control, not its semi-autonomous assistance system that is currently on customer cars. The semi-autonomous version of Tesla’s Autopilot recently had a software update that transitioned its primary sensors from cameras to radar, which is something Tesla CEO Elon Musk wanted to do since late 2015. This video evidently shows a camera view.