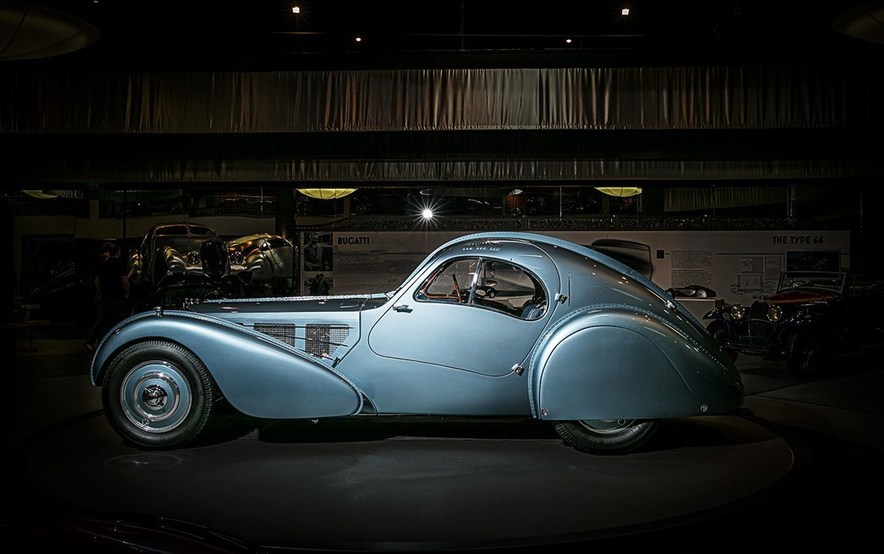 Has there ever been a family quite like the Bugattis? Carlo, born in Milan in 1856, was a 19th century Leonardo Da Vinci, a multi-discipline virtuoso whose boundless imagination and creative fervour found form through hands of extraordinary skill. He designed and made fine furniture, he drew, he painted and he never stopped pushing himself.

At 50 he became a silversmith against the advice of his peers, who pointed out that proficiency requires 30 years of practice. A year later Carlo was turning out award-winning pieces. Son Rembrandt’s sculptures captured the natural world’s wild beauty in incredible bronzes – lifeless cast metal given grace by his preternatural talent. And then there was Ettore, who understandably felt out-gunned at art school and strove instead, together with his son Jean, to blend art and engineering in the finest cars the world would know.

Ponder some of Bugatti’s finest works – the diminutive but dominant Type 35 grand prix car, the otherworldly Atlantic, the monstrous train-engined Royale – and, given their rarity and worth, it’s inconceivable that you might find an example of almost every car in Molsheim’s back catalogue in one place. But in a vast steel and glass building in the Californian seaside town of Oxnard, American businessman Peter Mullin keeps arguably the greatest Bugatti collection in the world, the result of an extraordinary passion for the marque.