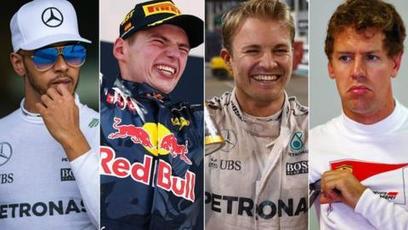 Lewis Hamilton may have been pipped to the 2016 world title by Nico Rosberg, but his determination to chase down his Mercedes’ team-mate right to the very end clearly caught the eye.

After the curtain came down on the season, we asked you to vote for your top three drivers of the year and it was the three-time world champion who came out on top.