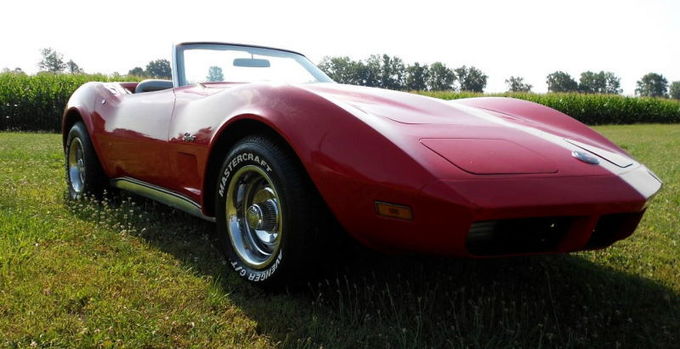 Today’s Nice Price or Crack Pipe Corvette proves that silver was once an interior color option. Let’s see if this unique drop top is priced to take the gold.

I’m sorry that I wasn’t able to initially present yesterday’s 1988 BMW 635CSi bathed in the aura of an angelic halo as it deserved. Budget constraints and all that. Yes, E24 Bimmers are treated reverently around here and the price of that one proved it to be no different, coming in at a sizable 67% Nice Price win.

If those big BMW coupes represent some of the most venerated offerings of a storied marque, what might just be the opposite: a less than loved member of a famous line? Yes, you in the back, did you say mid-‘70s Corvettes? You are right!

We don’t hold much love for any ‘Vette built between 1974 and, oh, say 1989. The early ones had puny power and the later ones haven’t yet reached an age where people are saying ”You know, I could have afforded one of those once.” We generally give almost all from those years a collective “meh.”