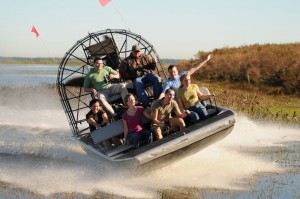 Wildside took a corporate group across the pond to the East Coast of the USA for 4 full-on days in March. 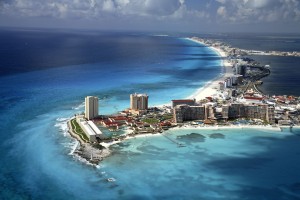 We checked out Little Havana, cruised along the famous South Beach and indulged in the dusk till dawn nightclub scene.  On arrival at Miami International we took chauffeur transfers in stretched limos to the hotel in Miami. In the evening the renowned Miami nightlife awaited us. Day Two and we were off due south in our fleet of convertible Mustangs toward Key West. 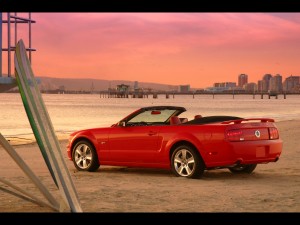 We drove along the Atlantic coastline stopping off at Lake Crocodile in Key Largo before reaching the islands of the ‘Lower Keys’ and Key West where we spent the night. That afternoon we took some jet skis and indulged in  a 28 mile 2 hour high speed thrash along the coast of the ‘Keys’ before hitting the bars and lounges of Duval Street in the evening. The next morning in our fleet of Mustangs with the tops down we headed back north through the islands before heading east into the Everglades arriving at our hotel in Marco Island on the Gulf Coast. Miles of golden beaches plus bars and restaurants make it a perfect stop-off. Day four and the drive back towards Miami included an air-boat tour through this fascinating region. Reaching Miami in the early afternoon we partook in a little ‘boat racing’ with two 20 foot powerboats on hand as we headed  out onto the sea for a blast (and a swim). 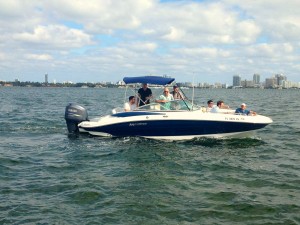 One of our boats 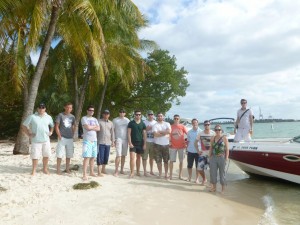 Some of the group

The final party night in Miami was the perfect end to an amazing trip.
GO BACK TO HOME

Date: All year round
Price: £ Contact us for details

In 2022, Wildside will have F1 courses at three European Grand Prix circuits. Barcelona-Catalunya in Spain; Magny Cours in France and Portimao in Portugal. At each circuit there will be a choice of F1 cars to drive and each one has raced in the World Championship. Make asevere dent in your bucket list and let […]

Formula One Gift Vouchers. There’s a special occasion approaching…just what do you buy for the ‘petrolhead ’in your life? This time make it something that they will never, ever forget – a drive in a genuine World Championship Formula One car and on a real Grand Prix circuit. You can choose the specific course and […]

Le Mans is much more than the greatest endurance race in the world. It has its own ambience and atmosphere and an electricity and excitement that you can almost touch. The bars and cafes in the village run throughout the night and the champagne bar has an inexhaustible supply of bubbly and every bottle nicely […]